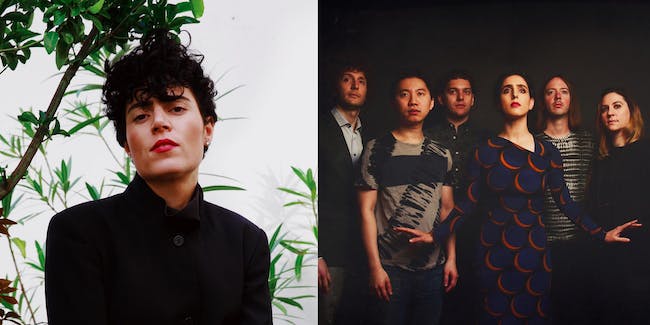 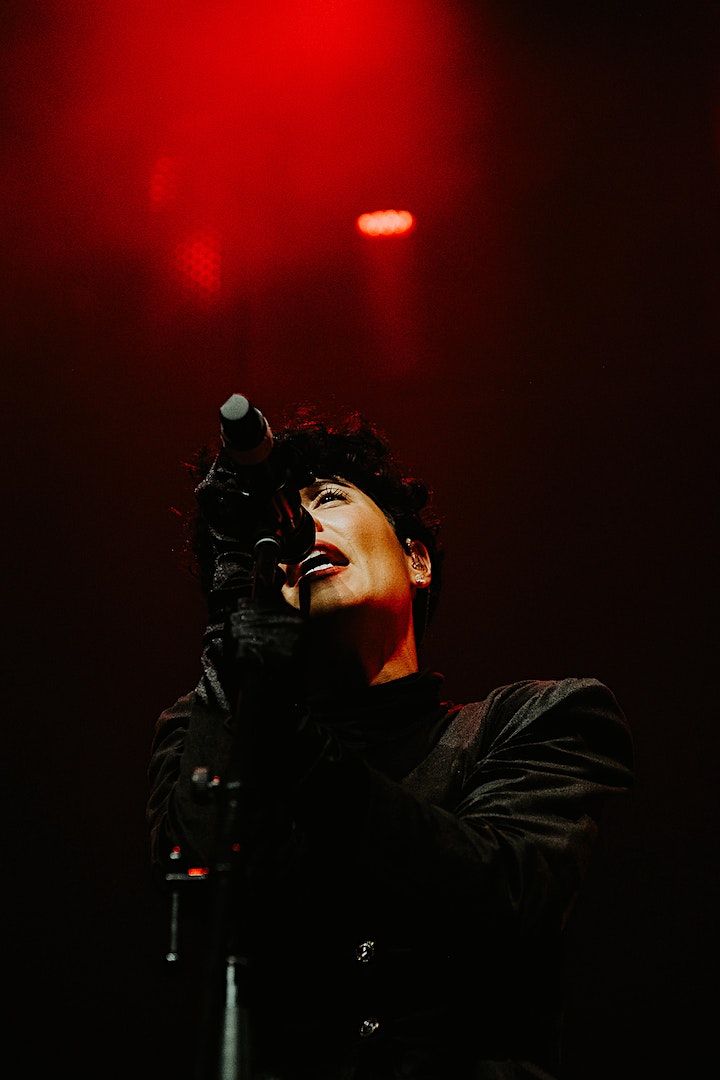 For Emily King, the pop-soul singer from New York City who spent her first three decades living on the same downtown block, that notion was always easier said than done. A proud New Yorker, she loved her home, her family, her friends, and her life there. But a year ago, when she finally resolved to challenge herself by moving out of her comfort zone, positive changes started taking shape immediately. In Upstate New York, the fresh air and fresh mentality gave her the proper space and perspective to create what would become the album of her career. Its name: Scenery.

After over ten years as a professional musician, time that included a major label release of her debut LP and a Grammy nomination for it, a critically acclaimed and self-released follow-up— which carried with it a certified smash in the song “Distance,” with more than 13 million streams —world tours supporting artists like Alabama Shakes, Sara Bareilles, Maroon 5, and John Legend, and several major late night TV stops, King suddenly found herself anxious and slightly depressed. Her previous album, 2015’s The Switch, had been recorded with her longtime producing and writing partner Jeremy Most in their Manhattan apartments, but King was having a hard time envisioning another successful song-making scenario in the city.

“There was nothing exciting me there anymore,” she says. “I’d see tourists wide-eyed and excited about the sights, but I had seen them for 33 years. Every street is a memory for me, so it’s hard to draw a new memory out of them. I felt like I was on a hamster wheel. I needed a place to record, and I knew I had to get out.”

For King, an escape was long overdue, and it was something she realized had been in her music for some time, as she rediscovered the theme in a lyric on The Switch. “There was a line in the song “Already There” that goes, ‘There must be a better way to escape my scenery,’” King says. “It was about freedom, because I was starting to feel trapped in the city and I was trying to move myself in my imagination. Being up here in my new place, it’s the manifestation of all those days spent wanting to run away. We found that line and just thought, ‘Scenery,’ that’s what it’s all about!’ Not every song on this record is directly related to that concept but they were all a result of making the decision to come up here.”

“Up here” is her new home located upstate in Catskills, New York, a cozy spot surrounded by nature with a separate garage she and Most converted into a studio upon her arrival in the fall of 2017. While the newfound seclusion offered much in terms of creating, country life also presented a new set of life skills for King to master, not the least daunting of which was her being forced to learn to drive a car. But in true Emily King fashion, she quickly turned that fearsome situation into yet another win for her writing.

“Learning to drive was big for me; being the person who didn’t drive had always been a huge part of my identity,” she says. “It felt wrong at first but now I love driving down the country roads. There’s a certain kind of music—Tom Petty, Tina Turner—that goes really well with that forward motion, and I wanted to write songs for the car like that. I got really into classic rock and I wanted more rock influence in my music. Tina Turner was this great combination of R & B and rock with a sense of urgency in her voice that I wanted to replicate for this record.”

Inspired, King and Most soon began the writing and recording process in the garage, nestled in among the crickets and the Catskills. The privacy of the countryside meant that King no longer had to tiptoe during her creative process, as there was no one within earshot to wake up. For the first time in her career, she could truly do whatever she pleased. Typically beginning a new song with bare percussion, guitar lines, or sometimes a raw vocal, King self-edits until it arrives at a point worthy of sharing with Most, who then fleshes the demo out by adding instruments and programming while building the tune into something bigger. King admits that she often is surprised by the direction a song ends up heading but relishes that morphing and the surprise that comes with their collaborations. “Jeremy was a big part of this journey,” she says. “We’ve had this chemistry since the beginning. His no-bullshit filter is concentrated to the max. It’s so good to have that painfully honest voice in the room.”

King, who grew up in a household dominated by music, is more than used to having other voices in the room. The daughter of a singing jazz duo and sister to a multi-talented musician, she learned the trade at home, forgoing formal training and often accompanying her parents on tour. But of all the lessons—for better or for worse—she picked up along the way, she credits her folks for teaching her a sense of tenacity and perseverance above all else. “My parents made a pact when my brother and I were born that they would never have day jobs, they’d figure it out no matter what,” she says. “And even though we had no money we still went to beautiful, fancy places because music brought us there. That idea of keeping going, no matter what, definitely carried over to me.” On the subject of carrying over, there is another memory from her family’s past that plays a significant role in the theme of Scenery. When King was 10 years old, her family regularly visited a psychic medium in Manhattan who would help them tap into their past by identifying each of their spirit guides. The medium told King her spirit guide’s name was “Pink Rose,” and the color, and flower, have been important to her ever sense. “It was a fun thing to believe in. It was entertainment, and always positive. It was real for me, and I always kept that name in my head. The rose represents the dream this little girl had to get out and into nature.”

And so, gazing confidently at us from in front of a seamless pink backdrop and holding a pink rose, King graces Scenery’s cover, dressed in her best New York power black, padded shoulders slightly askew, eyes leveled. The image represents a stark contrast between the masculine and feminine, yet another dynamic prevalent in King’s songs as well as her persona. “I’ve always felt that contrast,” she says. But for as much as she disdains the street attention, King has come to terms with the legions of eyes and ears that being a performer attracts. And now, Scenery’s standout songs will be sure to bring even more to the mix. The album opens with “Remind Me,” an ’80s-tinged pop jam with a sense of modern glitch and sophistication anchored by King’s ethereal vocals. The first song she wrote Upstate, it represents much for the artist. Fresh out of the city, King began by singing the lyrics to herself in the room, a small wood-burning stove her only company. “I thought, ‘Just let me sing these words into space,’” she says. “I didn’t even want the guitar, as sometimes figuring out the chords stops the creativity. I still cry when I sing that song, because it felt like I was alive again. Reinvigorated—after feeling like shit for so long, suddenly having this you-can-do-this feeling...I knew I was onto something once I got that song in the bag. I knew it was gonna be alright.”

Another early single, “Look At Me Now” is all twinkling keys and plucked strings before building to its bubbly, bouncy chorus and stomping, confident strut. King says the song’s cockiness is tongue-in-cheek and more insecurity disguised as confidence than true grit. “Can’t Hold Me” and its almost tropical rhythms, synthesizer strains, and catchy, whispery refrain over popping bass slaps urges you to dance, as the singer asserts her strength as a woman. “Running” is a soft, sensitive, ballad whose light piano touches gradually head into a darker synth sound. The song showcases King’s incredible vocal range and power as she vows to stop running from whatever she’s become and face the music. The album ends with “Go Back,” a rocking number King says was inspired by Tom Petty and despite its stated intention of “never going back” to the city, King reveals the sentiment is a metaphor. “My family is there, and there’s no place like the city. But, as I’ve learned, when you’re creative you have to find the space to be creative.”

Without a doubt, King has carved out such a space for herself. With Scenery, she has challenged herself to create new roots, both in physical form as well as sonically. “For me, Scenery has themes of independence, confidence, and self-reliance throughout,” she says. “It’s about having a sense of freedom and self-worth, and taking a chance and having an adventure.” Kick back and let the Scenery enhance your own mind state. 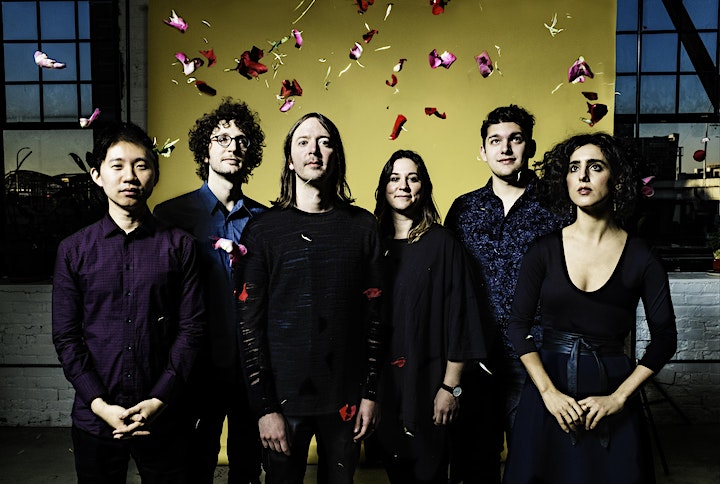 “ONE OF THE GROUPS THAT HAS REALLY HELPED TO SHAPE THE FUTURE OF CLASSICAL MUSIC” - FRED CHILD, NPR

This season, yMusic launches a new series at The Bell House in Brooklyn and Largo in Los Angeles. These one-of-a-kind concerts serve as creative labs for the sextet and a star-studded array of special guests, from Amos Lee to Emily King to Skip LaPlante to Lucius. yMusic is also featured on "You've Got Time" by Regina Spektor, the main title theme for the final season of Netflix's Orange Is The New Black. Other recent highlights include a sold out show at Carnegie’s Zankel Hall, a collaborative album release with The Staves on Nonesuch Records, a recording of "God Only Knows" with John Legend for the Grammy Awards, and summer appearances at the Sarasota Music Festival and Caramoor Center for Music and the Arts. Additionally, the group embarked on an interdisciplinary residency at USC's schools of music and dance, and served as ensemble-in-residence at Florida State University and University of Wisconsin-Eau Claire. In 2018, yMusic was featured on Paul Simon's Homeward Bound: The Farewell Tour, performing in arenas, amphitheaters, and outdoor festivals across the globe.

yMusic’s most recent release, 2019’s ...which enables us to fly is a two track digital album on New Amsterdam Records’ Windmill Series, consisting of a 20-minute work by Marcos Balter and a 30-minute long film about the creation of the work. To date, yMusic has released three full-length solo albums: 2017’s First, 2014’s Balance Problems, and 2011’s Beautiful Mechanical, Time Out New York’s “#1 Classical Record of the Year.” In addition to performing their own repertoire, yMusic serves as a ready-made collaborative unit for bands and songwriters, and has lent its distinctive sound to dozens of albums, most recently In The Blue Light by Paul Simon, with whom the group recently appeared on Saturday Night Live.