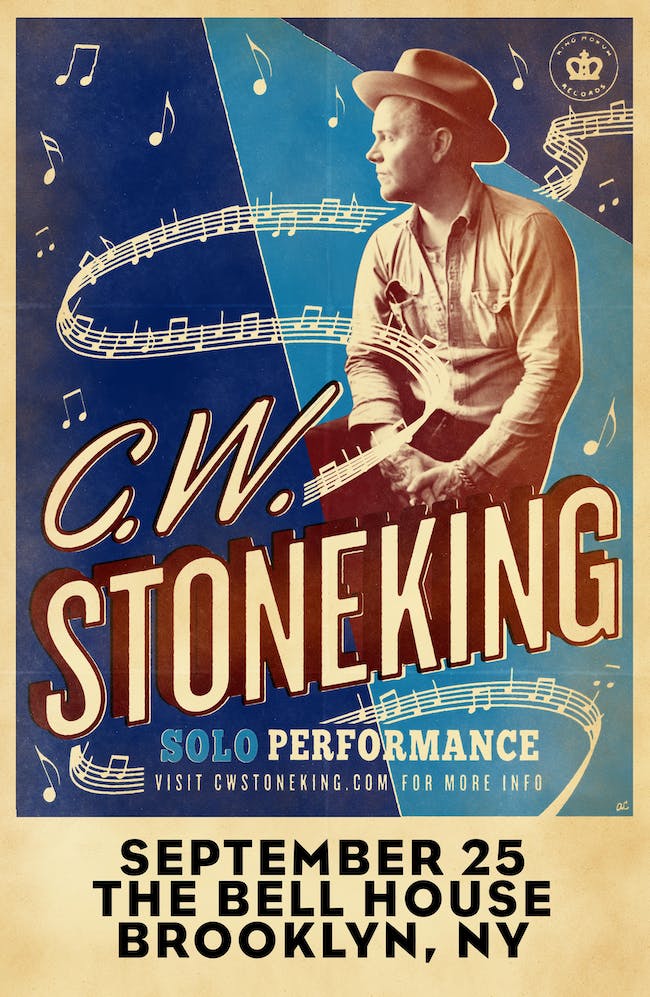 Room will be mixed seated and standing room. 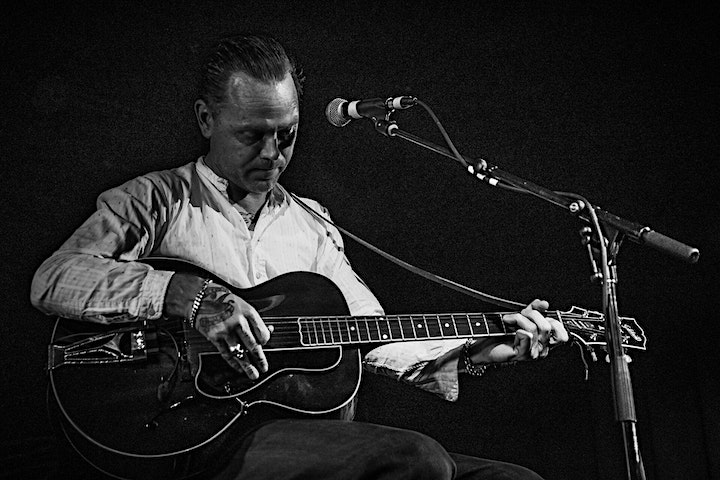 C.W. Stoneking is an artist for whom ‘unexpected’ is probably the default setting. How else to describe such a fine purveyor of American roots music who also happens to be a towering, youthful-faced white Australian man? He surprises first-time listeners, throws curveballs at long-time fans, and everything he does contains at least some background level of bafflement for all involved.

There are multitudes in Stoneking’s music. It’s probably easiest to describe him as a ‘blues artist,’ but the term disguises what makes his music special. The re’s so much in there. A 1920s pre-war blues sound is key, but there’s almost equal helpings of New Orleans jazz, jug band music, hokum, country and calypso, and he’s lately brought in elements of jump jive, early rock’n’roll and gospel. His gift is that he brings them all together without anything sounding out of place. He finds the strands that connect all of these different styles and gently braids them together. It’s what he values more than anything: “It’s getting everything to unify really. The music, the flow of it, keeping it moving, with no dead spots. Then I guess having the lyrics and the meaning that flows in that too, you know? Getting it all to knit together in a way that, if you didn’t speak English maybe, you’d still be able to feel the melody, or the sounds of the words. If you did, then the meaning would also flow. That’s sort of what I’m trying to do, I guess. ” When so many on the blues scene are trying to sound ‘authentic’ – whatever that is – it’s that unity of sound that allows Stoneking to actually achieve it, and with apparent ease, too. Back in the day, no - one was ‘just’ a blues musician, or a jazz or country musician, and so neither is he. Stoneking’s work can never really be second-guessed; you never know what you’re going to get.

After charming his audiences with acoustic parlour guitars, National resonators, tenor banjos and a band laden with brass on his first two albums, he dropped all of that to go electric with his latest, 2014’s Gon’Boogaloo, which was all about his Fender Jazzmaster and doo-wop backing vocals. While acoustic is still in his plans (his most recent tour was a solo affair: just him and a gorgeous 1937 Epiphone Deluxe), it seems like he’s ditched the banjo for good; he’s been known to go on the occasional but vicious anti-banjo tirade. When I try to ask him about it, he suffices with “ I have to be careful with what I say. People get angry about that sort of stuff.” Maybe he’s been advised by his lawyers. Maybe it’s just part of his own epic, enigmatic legend. Storytelling is one of his most potent powers. That man knows how to spin a yarn. He started his musical life in high school, but asked if he was a blues artist back then, he says: “I wouldn’t have said I was an artist of anything, except for maybe a bullshit artist!” It would seem that never really changed.

He has the air of an old vaudeville master, a carnival caller or maybe a market huckster. By 2008, the UK was in the middle of a mini blues boom sparked by the successes of Seasick Steve, and a good story was all-important. Each artist had to have their own romantic blues myth for cachet, and Stoneking had the tallest tales in his backstory, rejecting the down-home believability of the