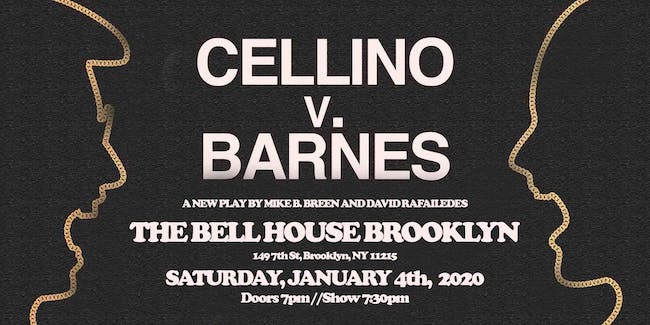 Ross Cellino wants to end his long partnership with Steve Barnes, but Steve isn’t letting Ross go without a fight. What the fuzz happened to those two? Weren't they, like, best friends? Let’s go back to where it all began, the beginning.

A new comedy loosely based on the true life breakup of famous injury attorneys Ross Cellino and Steve Barnes.

Written and performed by Michael Breen and David Rafailedes.

Mike Breen is a writer director actor based in LA. His work has appeared in Vice, Splitsider and Fusion. He's performed in the Brooklyn Comedy festival, San Francisco Sketchfest Golden Hours Live Comedy Series and several other festivals throughout the US. His youtube videos have garnered hundreds of views too.

David Rafailedes is a writer and comedian based out of New York City. He has been featured on Funny or Die, the Puppy Bowl XIV and Good Morning Astoria. He is a member of the comedy group Lo-Fi NYC, co-writer and star of the play Cellino V. Barnes and performs regularly around the city.