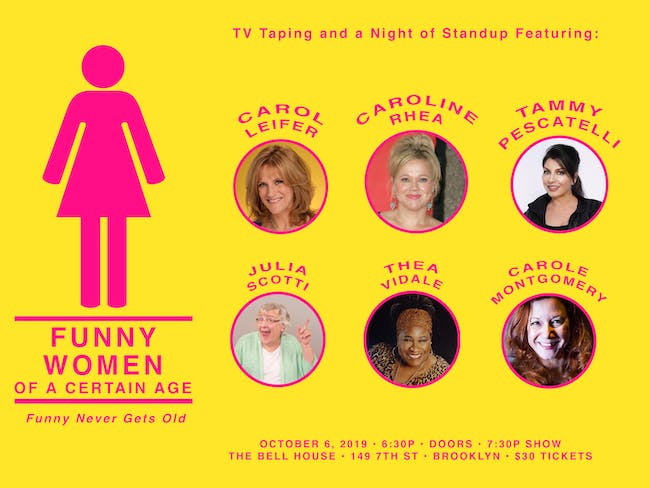 Funny Women of a Certain Age

Funny Women of a Certain Age is a show straight from the unfettered mouths and uninhibited minds of the funniest, most daring, most experienced people in comedy: the women that have seen it all.

They’ve raised children both on and off the road, having club bouncers watch their babies while onstage. These women have stayed in comedy condos where you don’t want to use a blacklight on anything. They’ve been told women aren’t funny and asked to trade sexual favors for work. They have A LOT to say and they say it hysterically.

*This show will be filmed for television. By purchasing a ticket you are granting permission to have your name and likeness recorded and used in the broadcast. 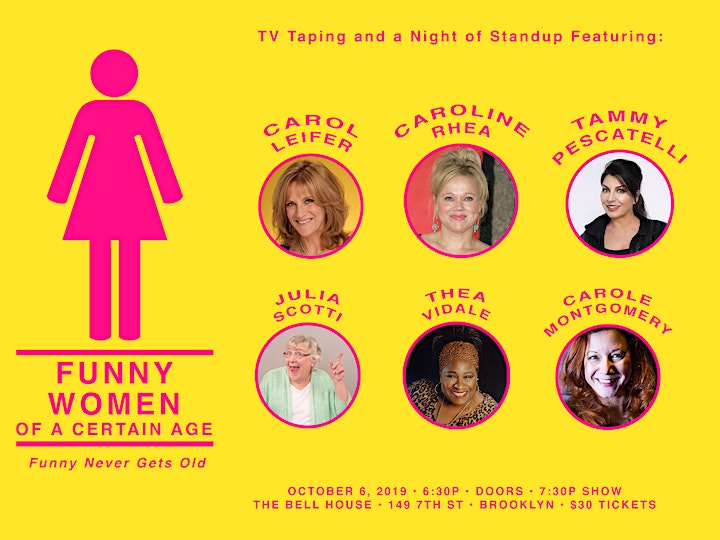