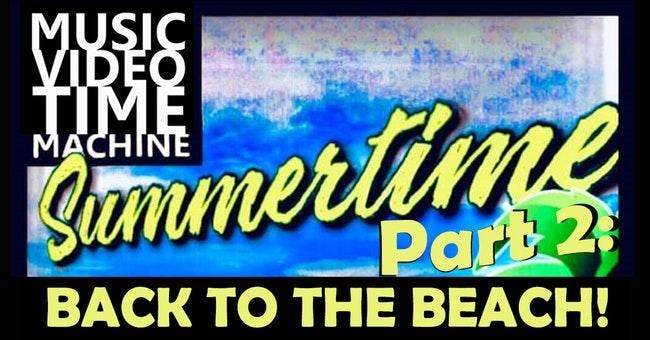 Music Video Time Machine: SUMMERTIME PART 2: BACK TO THE BEACH

Part 2? Too True! ! Music Video Time Machine: SUMMERTIME was such a hit in June that we're back on July 18th with more summertime music videos of the 80s and 90s! It's SUMMERTIME 2: BACK TO THE BEACH

Yes, we're going back to the beach, right after ADrinkingGameNYC's JAWS! Join us for all the dance floor shenanigans & throwback grooves you expect from Music Video Time Machine!