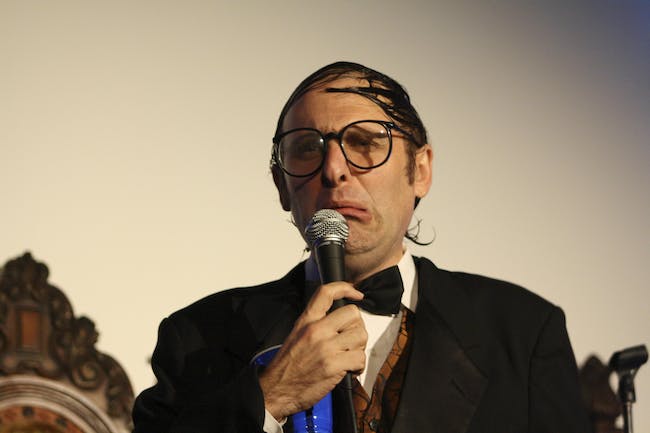 For over 20 years, ‘America’s Funnyman’ Neil Hamburger has worked every imaginable stage, from New York’s Madison Square Garden and the UK’s Reading Festival, to a Hollywood cemetery, Tasmanian pubs, and an abandoned monkey cage in a decrepit Catskills zoo.

He has performed countless headlining American, Australian, British, and Canadian tours, as well as shows in Norway, New Zealand, Ireland, and the Bahamas. He has toured internationally as the cherry-picked opening act for Tenacious D and Faith No More.

Among his dozen album releases is Live at Third Man, produced by Jack White in Nashville; an earlier Hamburger effort was included in SPIN’s ‘40 Greatest Comedy Albums of All Time’. His latest LP, the chamber-pop epic Still Dwelling, features guest appearances from Jack Black and Mike Patton.

“A brilliantly awful persona of an old-school, C-list funnyman—the kind with an ill-fitting tuxedo and an enormous, greasy combover—on a very bad night. Neil Hamburger toys with an audience’s expectations (and patience), and indeed his act is a kind of rude commentary on stand-up comedy altogether.”—NEW YORK TIMES 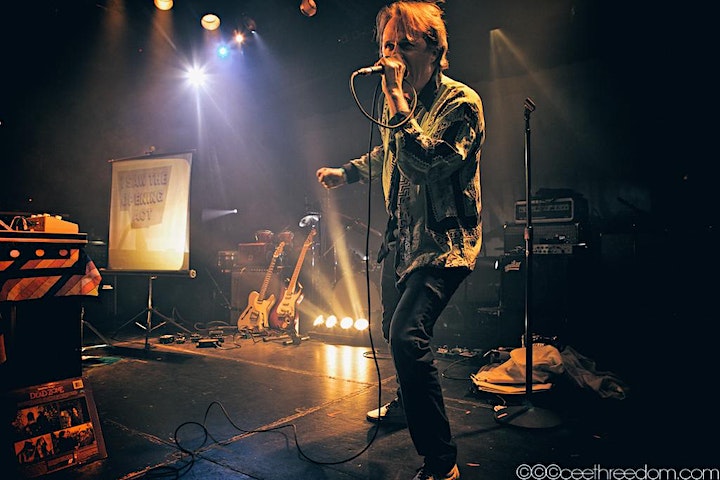 Major Entertainer is a Los Angeles based professional OPENING ACT deeply committed to show business. Able to quickly adapt to any situation in which entertainment is required, he shines brightest in front of a small audience who has never heard of him before. Stories, Jokes, and Songs designed and delivered to please just about everyone!