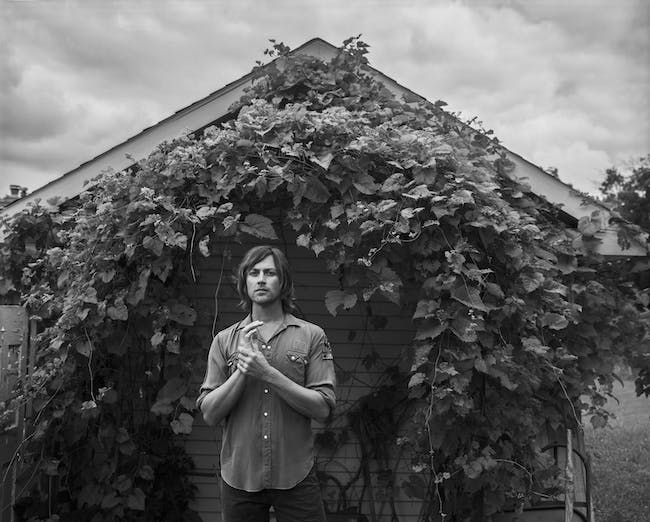 plus a Live Wheels Off Podcast

“This has been a hell of a year,” Rhett Miller says. “I turned 48 in September and I’m still surprising myself.”

After more than two decades as founding member of the venerable Old 97’s and acclaimed singer–songwriter in his own right, Rhett Miller has crafted a trio of new projects that see him pushing his creative energies in hitherto untraveled directions. Among them are two utterly unique new albums – one solo, the other as part of Old 97’s – as well as his first ever book, a collection of subversive kids’ poems.

THE MESSENGER, Miller’s eighth solo album, is perhaps his most unflinchingly personal collection of songs to date. Recorded over five spring days at The Isokon in Woodstock, NY with producer/musician Sam Cohen (Kevin Morby, Benjamin Booker), THE MESSENGER sees Miller playing it faster and looser than perhaps any other time in his quarter century career, instilling songs like the first single, “Total Disaster,” with a groovy limberness that belies the reflective darkness within. Backed by a white hot backing combo comprised of Cohen (Electric & Acoustic Guitars, Pedal Steel Guitar, Keys), Brian Betancourt (Bass), and Ray Rizzo (Drums), Miller worked quickly and with purpose, fast-tracking four or five “keepers” each day.

“I wanted this record to be less safe,” he says. “I wanted to put myself in the hands of a producer who was going to do things that I didn’t expect; I wanted to perform with people I didn’t know and be surprised by what they came up with. And all of that really came to pass.

“That’s what you’re getting with this record. You’re getting a locked-in rhythm section with a crazy, psychedelic guitar maestro playing along with me as I dig deep into these songs about depression and insecurity and modern life and somehow wanting to live despite all of it,” Miller chuckles.

While that might sound somewhat flip, Miller is in some ways more serious than ever before. THE MESSENGER sees the veteran songsmith diving deep into his own youthful encounters with suicide and depression, placing “a long distance phone call to myself as a 14-year-old” on surprisingly buoyant new songs like “Permanent Damage” and “I Used To Write In Notebooks.”

“For a lot of years I tried to keep self-reference out of my work,” he says, “and I believe there’s a lot to be said for that. There’s enough about what I do that’s masturbatory without me reading from my diary. But at a certain point, when you want to dig into personal issues and maybe explore things from your own past, you have to let yourself go there.”

Miller hadn’t publicly addressed his adolescent suicide attempt until a 2008 interview with Terry Gross on Fresh Air. “She asked me about my suicide attempt and I found myself telling her the story. I was surprised at how people responded. I ended up doing a little work on behalf of the National Suicide Prevention Network and that kind of blossomed to where I’ve made a point of recognizing my own history and doing whatever I can to try and bring it out of the shadows and make it something people are okay talking about. But even then, I’d never really recognized it in my own work.”

And while THE MESSENGER addresses this darkness head-on many times, the album also visits the brighter corners. Songs like “You Were A Stranger” and “Wheels” speak to the joy that comes with having survived. Towards the end of “Wheels,” when Miller sings “I’m broken, we’re all broken, we just keep on trying,” it’s clearly a rallying cry rather than a lament.

After delving inward to create THE MESSENGER, Miller rejoined his mates in the Old 97’s – Murry Hammond (Bass, Vocals), Ken Bethea (Electric Guitar), and Philip Peeples (Drums & Percussion) – to make a red-and-green gift for the world. Produced, mixed & engineered by John Pedigo in the band’s home state of Texas, LOVE THE HOLIDAYS presents a stocking stuffed with rockin’ new Yuletide favorites, capped off inevitably by the Old 97’s take on the New Year’s Eve staple, “Auld Lang Syne.” Among the album’s many highlights are the title track, co-written with Kevin Russell (The Gourds, Shinyribs), “Gotta Love Being A Kid (Merry Christmas)” and “Snow Angels,” both co-written with acclaimed prose writer Ben Greenman, and the continuing saga of everyone’s favorite reindeer, “Rudolph Is Blue,” co-written by Miller and Dan Bern.

“I’ve thought about making a Christmas record for years and years,” Miller says. “My goal was to make a record that could stand up alongside the classics, a record that would offer some new songs to this frustratingly finite list of holiday tunes that we all have to listen to on a loop between Halloween and New Year’s Day. We all get sick of the old ones, so why not try and come up with some new options for people to listen to when they’re wrapping their gifts and snuggling in front of the fire?”

Speaking of gifts, Miller has teamed with Caldecott Medalist and bestselling artist Dan Santat for NO MORE POEMS!, a hilarious collection of irreverent poems for modern families, to be published March 5th, 2019 by Little/Brown Books For Young Readers. Written in the tradition of Shel Silverstein and Edward Gorey, Miller’s poems bring a fresh new twist to the classic dilemmas of childhood as well as a perceptive eye to the foibles of modern family life. Full of clever wordplay and bright visual gags – with toilet humor to spare – these clever verses will have the whole family cackling.

“I was missing my kids so bad while out on tour,” Miller says. “So I had to come up with a trick to get them to spend time on the phone with me. The trick was, ‘Hey, I wrote a poem, and I need you kids to critique it for me.’ I gave them carte blanche to criticize me, to tell me that what I did was stupid. They let me have it, which was so great. It kept them on the phone way longer than if it was just me moping about how lonely I was in Peoria, Illinois or whatever.”

Miller – who left Sarah Lawrence with a full scholarship for creative writing to pursue a career in music – has long worked a side game as a writer, publishing a number of essays, short stories, and criticism over the past 20 years. Though NO MORE POEMS! is his first proper book to be published, he firmly avows it will not be his last.

“When I dropped out I thought, I’ll do rock ‘n’ roll when I’m young and then when I’m middle aged, I can segue into writing with decades of experience under my belt,” he says. “So now, that plan is coming to fruition. If I have my druthers, I’m going to keep writing books of different stripes for years and years to come. “

From THE MESSENGER to LOVE THE HOLIDAYS to NO MORE POEMS!, Miller’s current crop of original output is testament to those aforementioned decades of experience, each distinct project marked by his ever-increasing skill set and multi-faceted approach to art and artistry. Having long ago committed himself to the artist’s life, he has kept his nose to the grindstone, determined each and every day to create something of quality, meaning, and purpose. 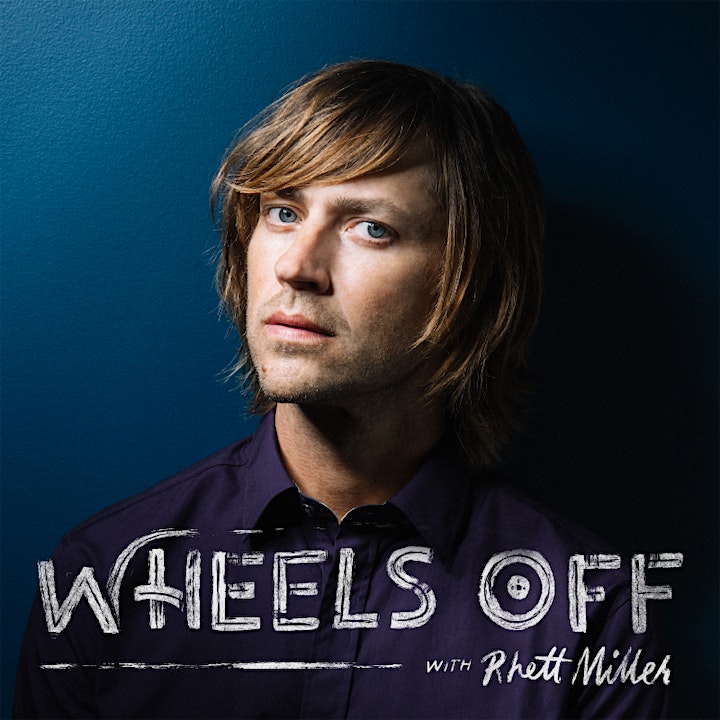 Rhett Miller, musician and frontman for the Old 97s, hosts “Wheels Off” a show about the messy reality of the creative life. Conversations with musicians, writers, artists, actors, and comedians about the pivotal moments that shaped their work, what it means to create in a digital age and grapple with the challenges, and the joy, of living a creative life