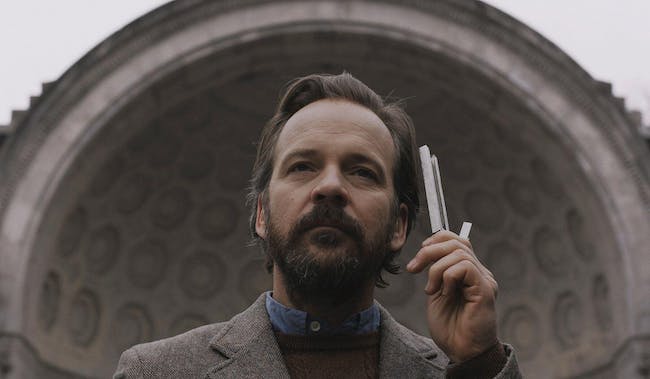 THE SOUND OF SILENCE follows a self-taught scientist, Peter (Peter Sarsgaard), working in New York City as a "house tuner"—a unique, highly specialized profession he’s invented. His clients approach him with troubles like depression, anxiety, or fatigue. After extensive analysis of their homes’ acoustic characteristics, he identifies some sonic combination that’s altering their mood —a radiator mixed with a kitchen appliance, for instance— and is able to calibrate it. But following a routine house call where he meets Ellen (Rashida Jones), who is experiencing exhaustion, Peter obsessively searches for the fault in his practice after his initial conclusion proves incorrect.

THE SOUND OF SILENCE is a serene contemplation of people living in their modern environment—and their desire to understand and even control it.

Join us for a sneak preview followed by a post-screening Q&A with co-writer Ben Nabors (and a special guest scientist!) moderated by SSC host Dorian Devins.

Sample our special cocktail of the night, the Ultrasonic

**This event is fully seated and requires a RSVP. Walk ups will only be admitted if space is available.