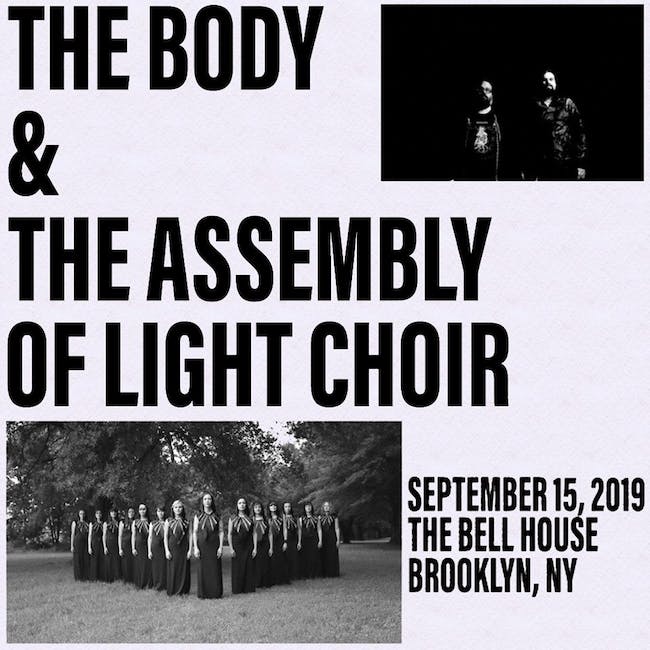 The Body with Assembly of Light Choir

On No One Deserves Happiness, The Body’s Chip King and Lee Buford set out to make “the grossest pop album of all time.” The album themes of despair and isolation are delivered by the unlikely pairing of the Body’s signature heaviness and 80s dance tracks. The Body can emote pain like no other band, and their ability to move between the often strict confines of the metal world and the electronic music sphere is on full display throughout No One Deserves Happiness, an album that eludes categorization. More than any of their genre-defying peers, The Body does it without softening their disparate influences towards a middle ground, but instead through a beautiful combining of extremes. No One Deserves Happiness is an album that defies definition and expectations, standing utterly alone.

Buford and King are outliers at their core, observing the world as if apart from it. They strive for music without a category. They embody many contrasts. They are open and playful as well as thoughtful and disciplined. Live, they deliver punishing volume and scale with their spare duo set up, expanding their sound through a complex set of effects on both guitar and drums. For records, they approach things entirely differently and expand their group in the studio to include Seth Manchester and Keith Souza from Machines with Magnets (their long-time studio), as well as Chrissy Wolpert of The Assembly of Light Choir. The list of instruments used on No One Deserves Happiness is an unexpected collection that includes 808 drum machine, a cello and a trombone. The band employs instruments in their unprocessed state for the simple beauty of the sound, and then in equal measure push them to their most extreme (for example, the sounds at the end of “The Fall and the Guilt” are created by a guitar and a cello). Because they create an entirely singular sound, The Body is in high demand for collaborations with artists across the musical spectrum, from The Bug to Full of Hell to The Haxan Cloak and beyond. They build albums that are as lush and dense as a rain forest and as unforgiving. 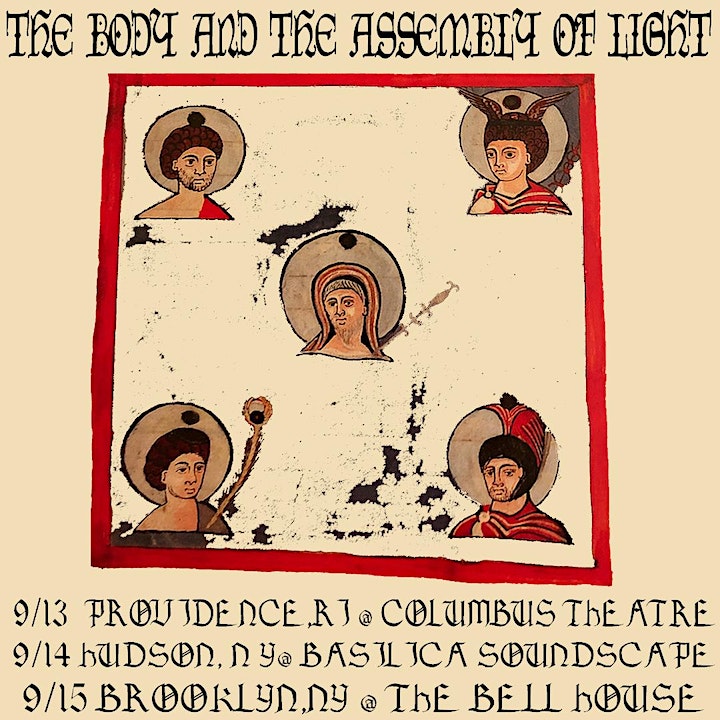 ABOUT ASSEMBLY OF LIGHT CHOIR

The Assembly of Light women’s choir is a ramshackle collection of about twenty women from Providence, RI. They’ve been stealing hours to sing together since late 2008, when composer and singer Chrissy Wolpert invited a few women to her apartment to sing some songs she’d been working on. It went well. They kept coming back.

The Assembly of Light is a frequently changing “cast” of women from various backgrounds and degrees of vocal experience and training. The group is about taking shape on its own terms, forming itself without pretense, and bringing on brightness through dark music.