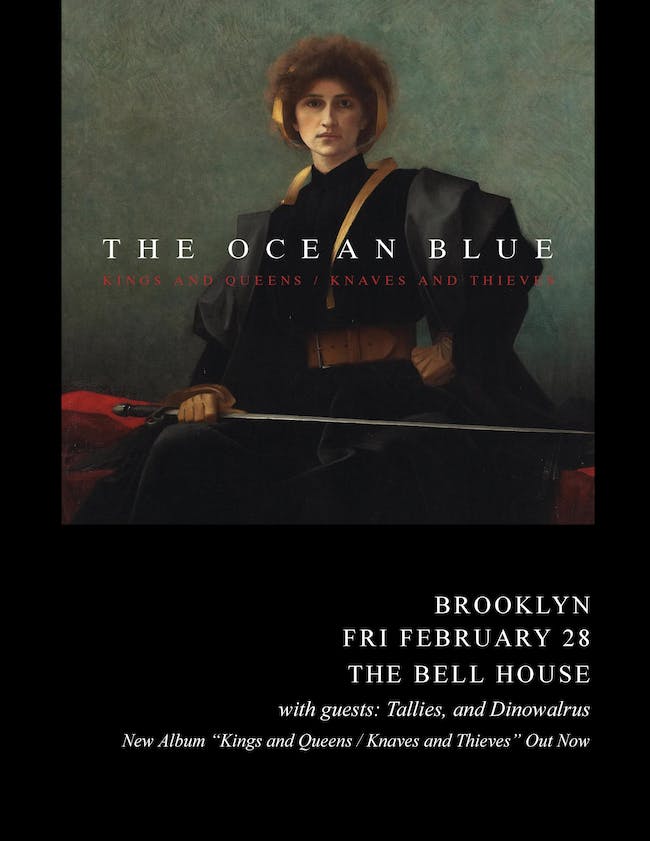 iCal
Google
The Ocean Blue LIVE at The Bell House 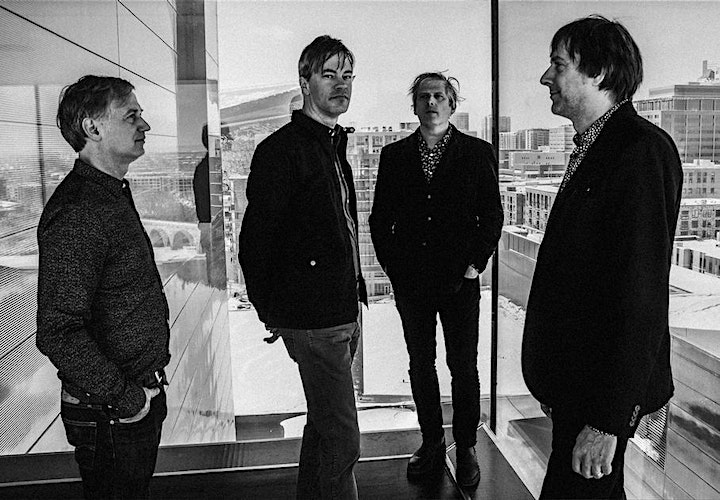 ABOUT THE OCEAN BLUE

The Ocean Blue arrived as the 1980s drew to close, and their debut record on the famed Sire Records label in 1989 seemed to summarize the best of the musical decade. The band of four teenagers from Hershey, Pennsylvania quickly achieved widespread acclaim and radio & MTV airplay, with hits like Between Something and Nothing and Drifting, Falling. They followed their debut release with the subtle and atmospheric Cerulean, which included perhaps their most beloved song, Ballerina Out of Control, and followed that with their highest charting pop album Beneath the Rhythm and Sound and the single Sublime, featuring a video of the band in the sublime landscape of Iceland. The band's fourth record for Mercury/PolyGram, See The Ocean Blue, was a departure to a more guitar rock sound of the 60s and 70s, but with the band's 80s dna peeking through. After a busy decade of recording and touring, the band left the majors in the late 90s. Several independent releases and related touring followed in the 2000s, including 2000's Davy Jones Locker and 2004's Waterworks EP, and some international touring. In 2013, after much anticipation, the band released their first full length record in over 10 years, Ultramarine, on Korda Records, a Minneapolis-based label cooperative label the band helped launch that same year. The record was a welcome return for fans of the band and a younger generation of fans, and garnered widespread praise as one of their very best albums. In 2014, the band released and toured for an LP version of Waterworks, and in 2015, the band worked with Sire Records and Shelflife to reissue their first 3 Sire albums on vinyl. The band marked the occasion by performing the first 2 albums in their entirety at limited concerts throughout the U.S. In 2016, the band did a South American Tour, and is set to release a new full length record in 2019. 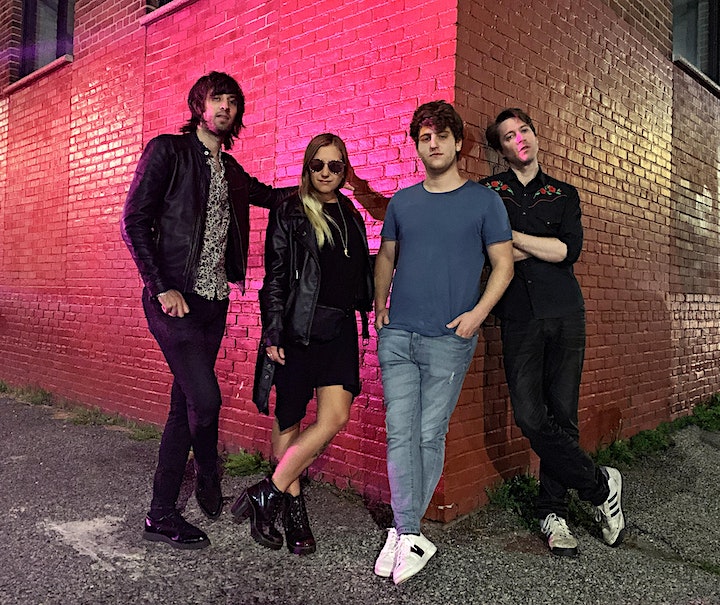 Dinowalrus has been part of the Brooklyn DIY music scene for a decade, trafficking in various permutations of futuristic psychedelic pop, embodying an uncanny persistence and curiosity. Their body of work runs the gamut from sleek synthpop to arty, noise-laden garage punk.

Members have also played in bands including Titus Andronicus and Public Access TV. The band has released four albums on labels including Kanine (Chairlift, Surfer Blood, Grizzly Bear), Old Flame (Cloud Nothings), Heist or Hit UK, and Moorworks Japan (Of Montreal, Beach Slang, Xiu Xiu), receiving positive reviews in Pitchfork, Stereogum, NME, the Village Voice and Uncut. They have opened for a number of similar-minded bands including The Charlatans, Gang of Youths, The Telescopes, Japandroids, Surfer Blood, Sunflower Bean, A Place to Bury Strangers and Parquet Courts over the years.