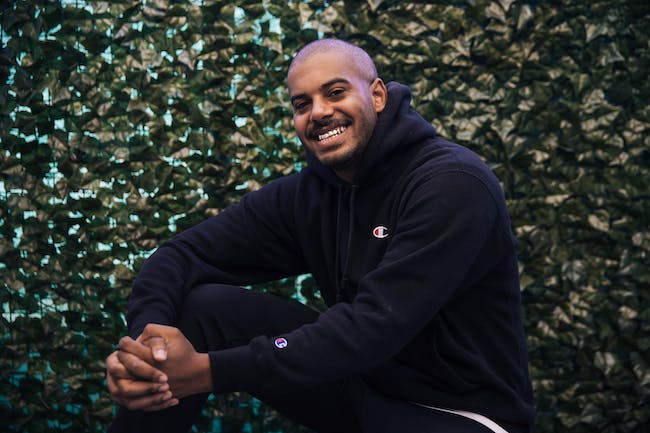 At the intersection of visual art, comedy, and hip-hop, Zack Fox is right at home in the middle of it all, sipping a lukewarm Colt 45.

Fox is an Atlanta-raised comedy firebrand with an ever-expanding Twitter following and footprint on the culture. Making a name for himself in his hometown’s underground, rap-centric creative scene, Fox’s biting, hilarious commentary has vaulted records to the top of the charts, sparked both absurdist riffs and serious debate on social issues, and helped establish himself as a burgeoning rapper. His mental health awareness anthem “Jesus Is The One (I Got Depression)” alongside Kenny Beats jumped to the top of Spotify’s US Viral Charts this July and hit #2 globally after his Genius Verified episode had him trending nationally on Twitter, just Fox’s second track after last fall’s viral “Square Up.”

As a comedian, Fox has performed stand-up across the country and shared the stage with some of the most exciting emerging comics out there, from Jak Knight to Quinta Brunson to Jaboukie Young-White. In GQ’s June 2019 issue, Zack was hailed as one of the “7 Funny People Reshaping Comedy Right Now”.

It’s not all talking wild shit on stage or online: Fox has written for The Eric Andre Show, and co-wrote and acted in Flying Lotus’ notorious horror-comedy “Kuso,” which premiered at the 2017 Sundance Film Festival.

Fox hosted the long-running Red Bull Radio show “‘Bruh’ with Awful Records,” with guests ranging from SahBabii to Rico Nasty to Thundercat, and was a host for VICELAND’s nightly cable show, VICE LIVE. He has hosted FADER Fort at SXSW and Adult Swim’s On The Green Tour.